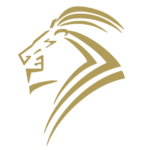 Established in 1822 by Late Shri Lala Fakir Chand ji, he laid the foundation and started the business as Messers Fakir Chand Raghunath Dass. Located in the vicinity of the great mosque -Jama Masjid, this later came to be known as the Ivory Mart.

Late Shri Lala Fakir Chandji’s son Late Shri Lala Raghunath Das ji later took over the reins of the organisation. A very hard working and dynamic personality, he earned himself the title of ‘Kursi Nashin’ in 1905.

During the British rule in India in 19th century only selected Indian officers & chiefs were allowed to sit on chair while visiting British officers. Such Indians were issued “KURSI NASHIN ” certificates as a mark of respect to sit alongside the British officers and gentleman.

It was through his commitment and dedication that we rose to be one of the biggest jewellers and ivory artifacts custodian in the country.

In the year 1940, the firm was split into three separate companies, each headed by one of the great grandsons of Late Shri Lala Fakir Chand ji.

Late Shri Suraj Prakash ji formed Ivory Mart in the year 1942 and the Indian Handicraft Emporium came into existence in 1967.